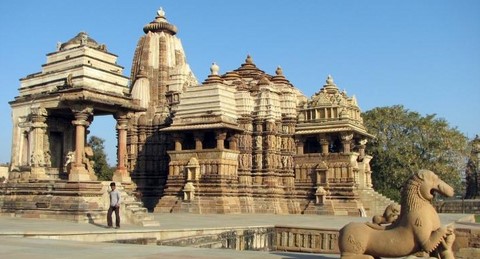 This tour allows you to discover the Golden Triangle, Kharujaho and Varanasi.

Like all my tours, it is possible to modify anything according to your preference. Do not hesitate to contact me, and I will be pleased to organise the tour you are dreaming of. 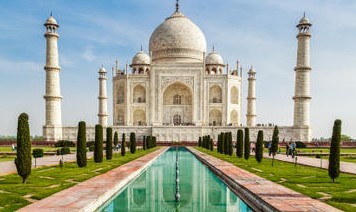 Day- 1: Delhi Arrival
After arrival at airport for most exciting tour is waiting to begun the Golden Triangle Tour in India, our agent will attend you and help you to reach hotel. Rest of the day is at your discretion to explore the city. Later you can have a delightful dinner and stay overnight at the hotel.

Day-2: Delhi Sightseeing
Take breakfast at the hotel and today you are going to vist the capital city of India, which is a very lively city and offers variety of tourist attractions. You are going to explore a full day tour of Delhi, beginning with impressive Red Fort, Jama Masjid – One of the world’s famous Mosque I You will also see Qutub Minar-2nd tallest Minar in India, India Gate, Parliament House, and President House. Our agent will also guide you through the history and significance associated with these sites. In evening experience very different local buzz of ChandaniChowk. Enjoy great street food and century old sweet shops and KhariBaoli spice market is also nice to witness the trading atmosphere of business men. Return to your hotel in the evening for relaxing overnight stay.
*Important- Akshardham Temple, Lotus Temple and Red Fort are closed on Mondays.

Day- 3: Delhi -Jaipur
After having appetizing breakfast at the hotel, you will leave for Jaipur also known as Pink City.  On the way you will catch glimpses of India countryside colourfully dressed people and remains of historical monuments. Upon arrival at Jaipur, you will be received by our agent will transfer you to the hotel. Subsequently in the evening, you are free for hoping around and can do shopping in this beautiful city, which is well known for gemstone jewellery precious and semi-precious, blue pottery as well as great traditional outfits for men and women. Return to the hotel for comforting overnight stay.

Day-4: Jaipur sightseeing
After hearty breakfast at the hotel and explore and enjoy sightseeing in the Pink city of India - Jaipur, which is the capital city of Rajasthan state. Jaipur is Famous for Forts, Palaces, Museums, Dance forms and Rich Indian cultural Heritage. The famous fort of Amber is major attraction start your exploration by learning about great unbelievable tales. We will arrange an elephant safari for perfect view of the countryside around Amber. The important attractions will be covered are City Palace Museum – catch glimpses of lifestyle of queens and kings,HawaMahal , JalMahal. In the evening you will have dinner at ChokiDhani, where you will have customary Rajasthani folk songs, boating, massage, magic show, puppet show, rides, dance and food. Afterwards return to the hotel for a relaxing overnight stay.

Day-5: Jaipur - Agra
After having early morning breakfast, you will leave for Agra.  On the way visitFatehpurSikri, the monuments are worth to see and click great pictures. After reaching Agra, our agent will assist you to check in at your hotel and later have dinner along with a relaxing overnight stay.

Day-6: Agra Sightseeing and Khajuraho departure by overnight train
Early morning, you will witness the incomparable TajMahal in all its beauty at sunrise. TajMahal- Monument of love is a fine example of the fusion of many architectural styles. Click wonderful photos at this place and cherish these golden moments for all the years to come. Return to the hotel, have delicious breakfast and leave for Agra Fort – The Red Fort of Agra which is famous for its beautiful palaces, and the Jasmine Tower where the Mughal emperor Shah Jahan was prisoned for the last 8 years of his life. You will see Itmad-ud-Daulah's Tomb – a lovely tomb, which is also famous as “Baby Taj”. Later our representative will transfer you to the railway station at noon to catch the train to Khajuraho. Overnight train journey to Khajuraho.

Day-7: Khajuraho Sightseeing
After reaching Kahjuraho railway station, our tour agent will receive andassist you in checking in hotel. Take some time to relax and breakfast and buckle up for most sensuousand highly unique exploration of Khajurahotemples. TheKhajuraho Group of Monuments areactually a group of Hindu and Jain temples in Madhya Pradesh, India, almost 175 kilometers southeast of Jhansi.  Kahjuraho is the most visited tourist attractions and such sort of incredible monumental structure could not be found anywhere and incomparable. The temples were built between 950 A.D. and 1050 A.D under the reign of Chandela dynasty. Out of 85 temples only 22 temples are withstanding today. The temples draw huge interest as it depicts erotic artistic sculpted patterns on walls. After whole day of Kahjuraho exploration and knowing about tales of sculptures and interesting facts, retire to hotel in the evening for very comfortable stay overnight.

Day-8: Khajuraho to Varanasi (By flight) & Varanasi Tour
After breakfast at the hotel, our tour agent will assist you to the Khajuraho airport to board the flight to next destination of Golden Triangle with Varanasi. Varanasi is considered as one the holiest place in India and large number of tourists from across the world. As you reach Varanasi, our representative will assist you to the hotel. Subsequently, in mid of the day, you will leave for visiting Sarnath. Sarnath is the most revered Buddhist pilgrimage and is given very high importance as Lord Buddha preached his first sermon after attaining enlightenment. There are many pagodas and monasteries to be seen. After touring Sarnath return to your hotel in the evening and stay overnight.

Day-9: Varanasi sightseeing
After breakfast at the hotel, you visit the Ghats, The AssiGhat is very famous one, enjoy boat ride and feel the atmosphere of mystic India, you will be amazed while walking though narrow streets. Take blessings of Lord Vishwanath, it is one of the most famous temples of Lord Shiva. In the dusk witness daily ritual of worship and Aarti on the Holy Banks of River Ganges and you will feel yourself full of energy and positive vibes. Back to the hotel for sound overnight stay.

Day-10: Varanasi - Delhi (By flight)
After having breakfast at the hotel, our agent will transfer you to the Varanasi airport to board the flight to Delhi and later you can go for further journey. 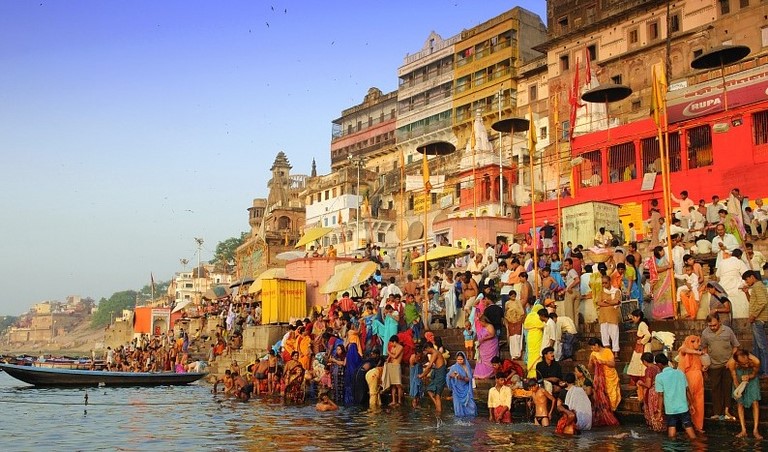